My colleague and I are trying to program our UR5 relative positioning movements. Still working out the kinks but after we started messing around with the scripts we started to run into a problem. our UR would do the motion of the program and then all of the joints would lock up and we'd get the error "No Controller Found." We are consistently getting this error every time we run the program. Has anyone ever experienced this? 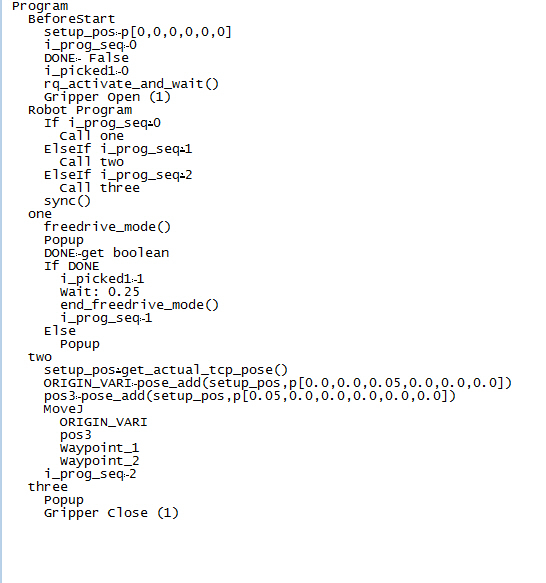