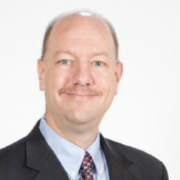 arnoldgauge Posts: 16 Handy
October 2017 in Troubleshooting
Hi all, we're trying to setup a program with multiple moves, waits, I/Os, etc.   Similar to the Feature Coordinate tutorial.  However, it appears that we can only merge waypoints in the same MOVEL command.  Is there anyway we can reuse a waypoint across MOVEL commands?
0 · TwitterFacebook