Jen Posts: 4 Apprentice
September 2019 in Troubleshooting
On both the CB series and e series version of URsim for linux I get "URControl: no process found" and  "WARN  - Not connected to controller, trying to send string:" and cannot start the controller from the GUI. I ran ./install.sh and it seemed to work fine (other than uninstalling ROS which is a separate issue) and the GUI seems to launch with no other issues. Did I miss something during the installation? I've installed URsim on ubuntu 16 with no issues so I was wondering if other ubuntu 18 users have faced similar problems. 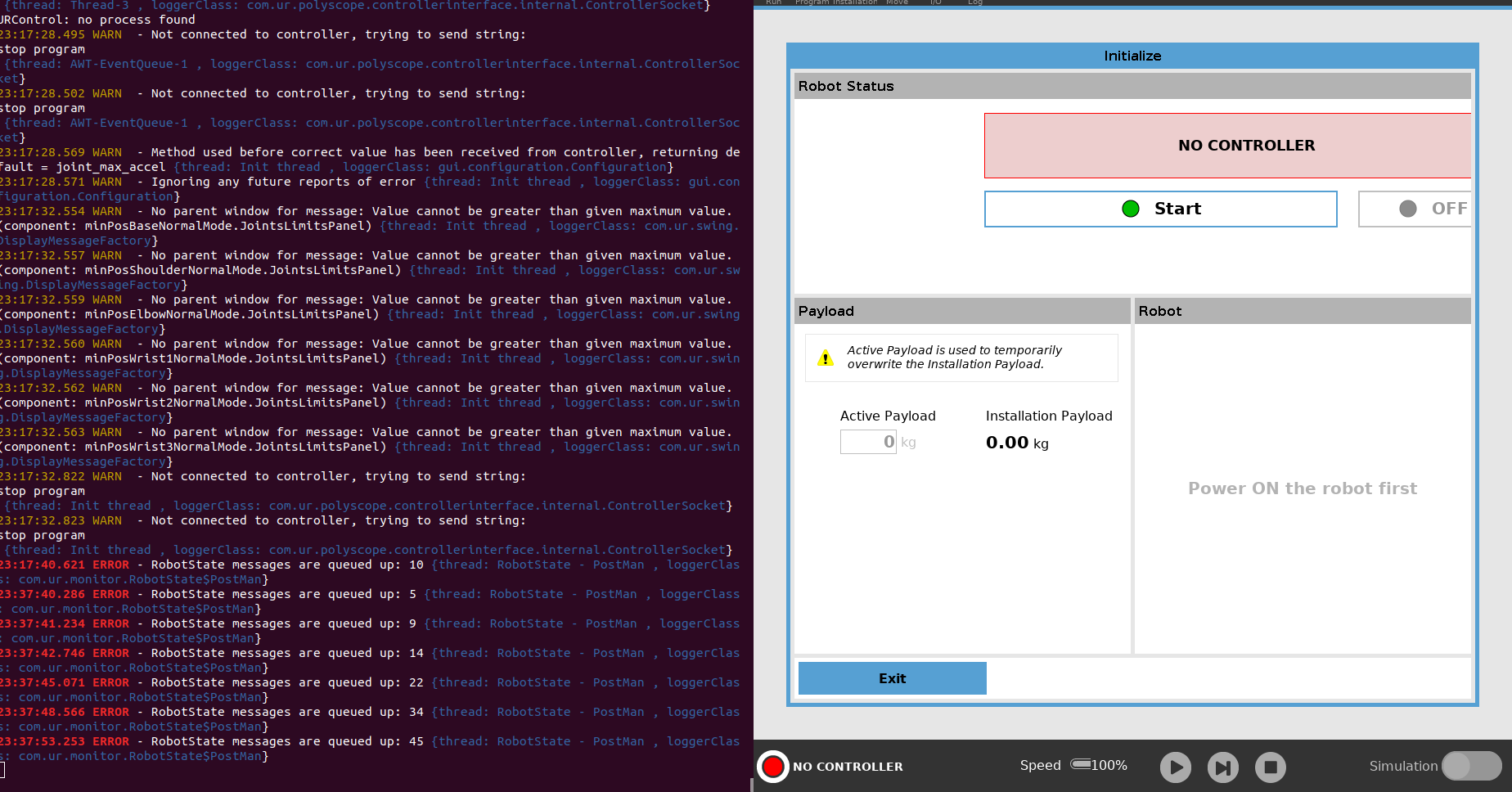