matthewd92 Founding Pro, Tactile Sensor Beta Testers Posts: 1,261 Handy
December 2017 in Integration
We are working on a customer project for 3 robots running presses in a consecutive fashion.  Because the presses are not close enough to each other to hand the parts from robot to robot we are using linear slides between each of the robots and the human who stands on each end.  One of the challenges that we faced was how to route all of the cabling so that die carts could be wheeled between each of the presses to remove and install the dies.  As we have a separate control cabinet for all of our IO wiring and external safety controller we are using Turck junction blocks at each of the robots to facilitate easy IO installation and we have the robot controllers mounted to the control cabinet (excuse the clutter, we are still installing the robots) 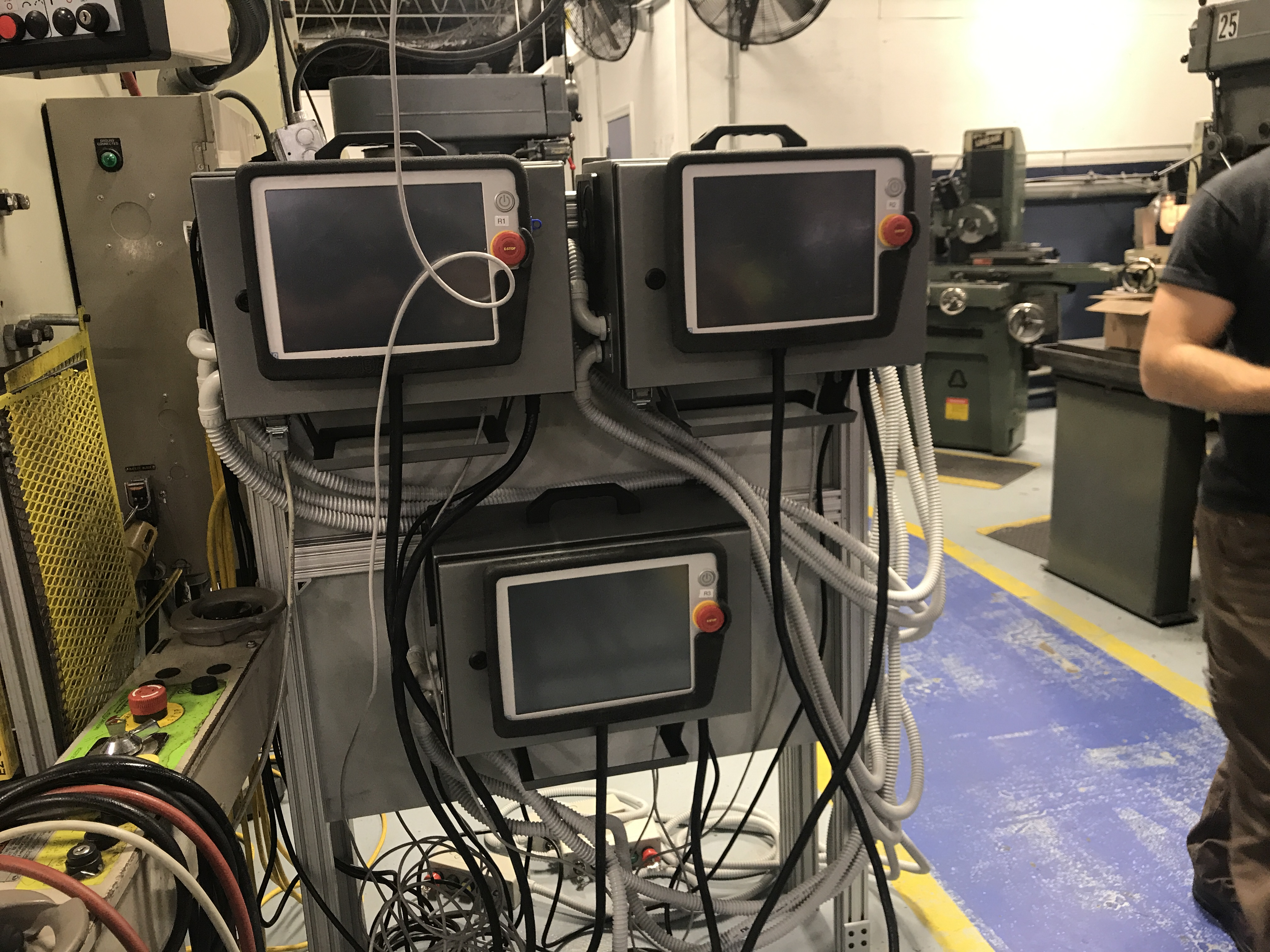 We are running the cables behind the presses and then under the press to each of the robots.  This caused us to have an issue where the first two robots in the cell which are the furthest away did not have enough cable on the umbilicals to route correctly back to the controllers so we needed to make up some extension cables from the controller to the cabinet.

I had to do some research on what components to use and thought that I would maybe make someone else's life easier and supply a list of the items that we had to use to get the cables made and working.  All of the materials below were sourced from Automation Direct.

Hope this helps anyone who needs to extend the umbilical cable on a UR3, UR5 or UR10
Tagged:
2 · TwitterFacebook