Sebastien Posts: 219 Handy
December 2016 in Integration
Hi pros, we have a project where we would need two UR robots to work in the same work space. We need two UR because of cycle time.
I have seen in the past the following software from Energid for collision avoidance. However this seems to use an external vision system to do the job. How do you guys manage two robots working in the same workspace and avoid collisions? My first guess would be to use the safety planes with some IO exchanges between the two robots and therefore build our own collision avoidance within the logic of the program itself. How are you guys doing it? 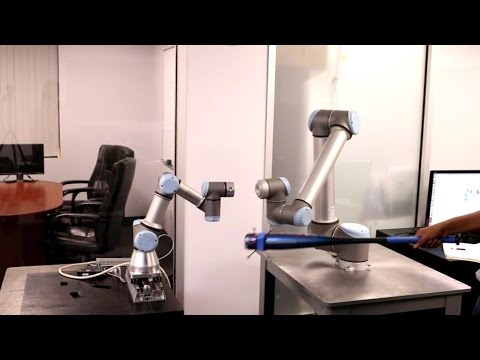