A few people have asked me about using the Wrist Camera to locate parts that have features that can variable orientations. This post aims to show you how you can work around certain physical differences and still obtain a good detection score. In this example, I am using four hockey pucks with four different designs on the top. I used a hockey puck with a blank white surface to teach the part to the vision system. 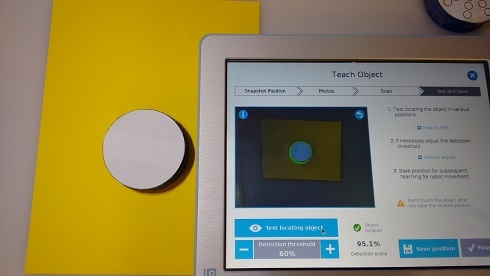 The next design consists of a hex design: 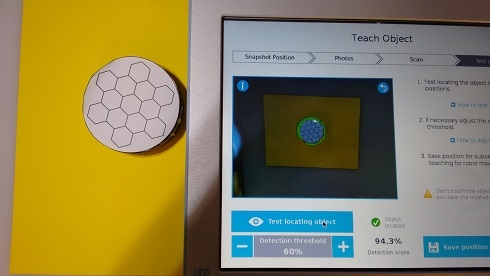 The third hockey puck had a circular pattern on the surface: 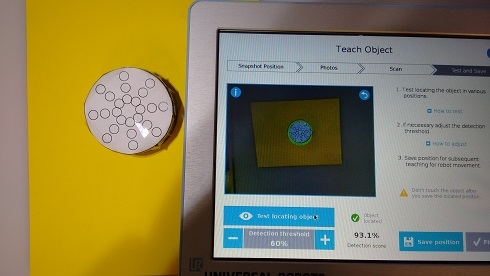 The last hockey puck had the DoF logo on the surface: 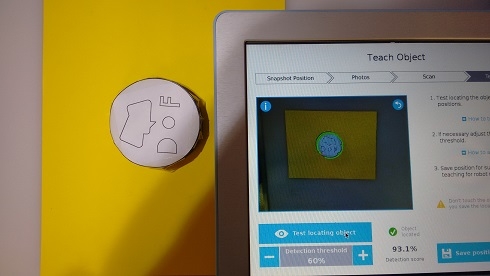 As you can see, the detection score for the 4 hockey pucks varies from 92.3% to 95.0% despite the big differences. Since I only taught the round shape of the hockey puck to the vision system, the differences in the lines on the surface of the puck have little to no effect on the detection score. This workaround can be useful for locating objects that have different labels but the basic geometry remains the same. This can also be used for machine shops that are having trouble with chips and cutting fluid on their parts.