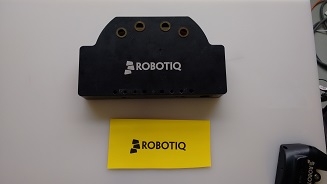 I used this piece of paper as the object to teach to the vision system and I used another piece of yellow paper to act as the static background. The image template that was generated following the 5 pictures of the logo looked like this : 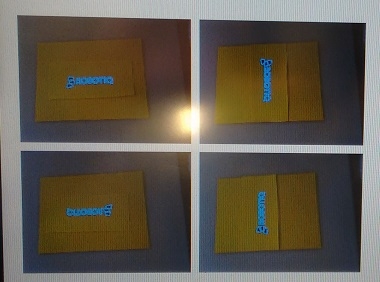 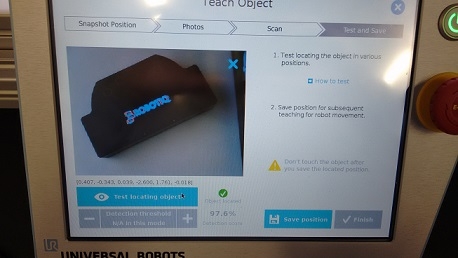 As you can see, I manage to build an image template that corresponds to a 97.6% match on the real part. This "Hack" can be used to identify a specific feature on a part that would be too large to teach to the vision system in its entirety. You could also use this method to inspect an assembly to verify that a specific part is present in the assembly. This could also be used to identify a specific feature of a large part, and then a Path Recording could be used to dispense glue in that feature.
In this demo, I am locating the Robotiq logo on the housing and I used a Path Recording to guide the tool around the logo. 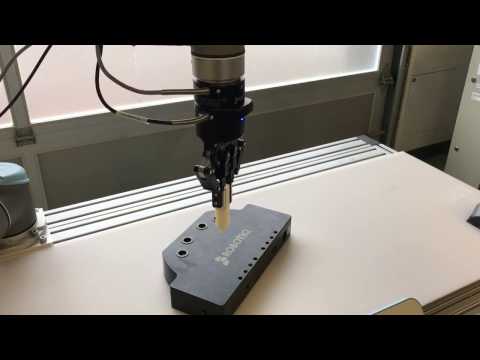