jarkar Posts: 1 Recruit
September 22 in Programming
Hi,
Is there some way to program the UR robot with a Finishing Copilot to polish or grind inner surface of a cylindrical body with a certain intensity (force)?
My customer wants me to examine whether it is possible to polish inner surface of some kind off pipette with a UR-robot.
I struggle with the problem how to program the robot so that the polishing result is smooth and adjustable.
In the robot cell a polishing tool is fixed in to a table and robot pick up the pipette with a gripper. The polishing is made by robot moving the pipette when the rotary polishing tool head is inside the pipette. I know that I could program polishing by recording by "PATH"- command or "MULTIPOINT PATH"- command but then the polishing result is very hard or impossible to adjust.
I tried to program own TCP at the polishing tool head and use the Y-axis parallel "FORCE"- command inside the "LOOP" and the same time rotate orientation of the TCP of the polishing tool by script. This way I got the robot to move around the inner circle as I wanted but the movement is really slow as well as a little jerky. I think the movement is jerky because I have to do divide 360 degrees into sections where translation is done. In picture below is showing my program where circle is divided 40 sections. By every loop round the polishing TCP turns 9 degrees. If the division into smaller parts of the circle then the movement of the robot becomes even slower. When loop has done all 40 rounds the robot has moved 360 degrees around in the inner circle of cylinder. 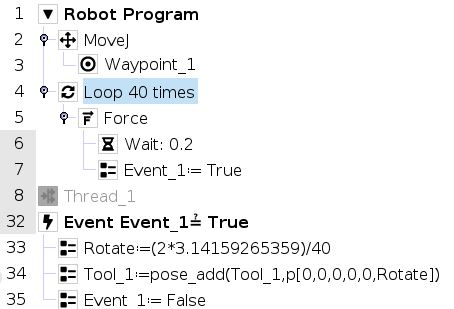 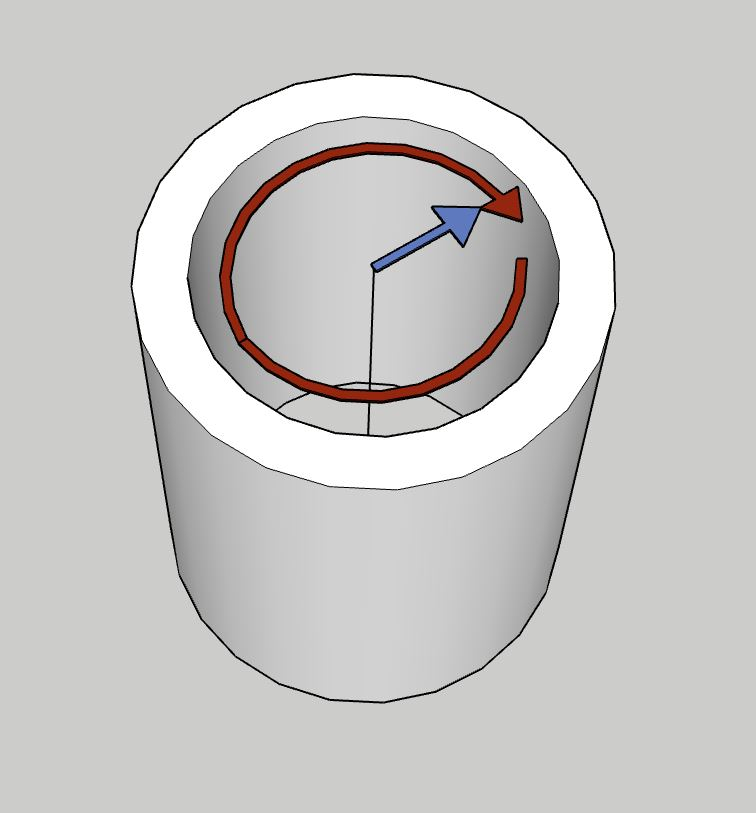 Any idea how this kind of function is possible to perform?