bcastets Vacuum Beta tester Posts: 653 Expert
October 2020 in Programming
The Robotiq wrist camera is commonly use to detect the position of an object and plan robot motion according to the detected position to pick it.
It also possible to plan motion relative to object position to apply glue on the part for example.

Basic relative UR move calculate relative position (X,Y,Z) and orientation (Rx,Ry,Rz) and move the robot to it. However if you are doing a glue dispensing application for example you may want to make relation move while keeping a fixed orientation to avoid twisting the tubes and cable attached to the arm.

This article present a way to move the robot relative to the object position while keep same tool orientation. The object detected is a printed profil of a transmission case. 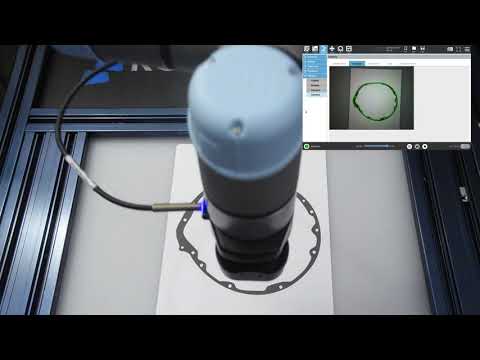 The programme make a copy of relative waypoints and apply the orientation of a reference waypoint (here "home").

Here below is the programme and script: 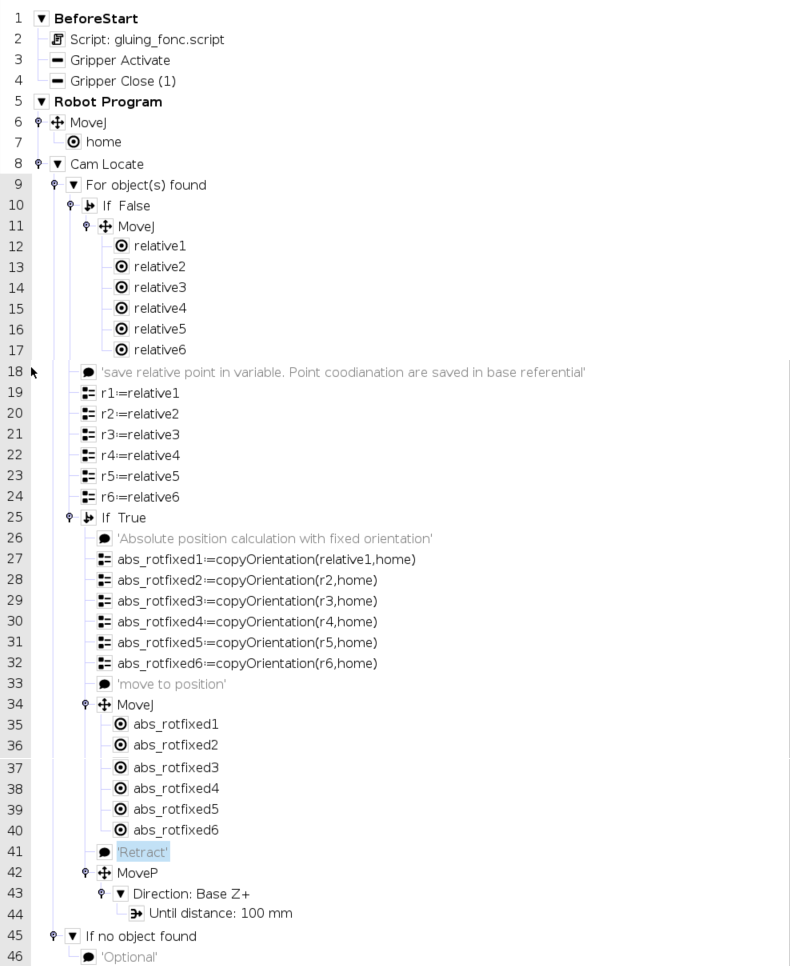