ctrl Posts: 5 Apprentice
May 2020 in Programming
I tried unsuccessfully to setup and use RTDE but could not get it working so I am going back to what worked before which is socket.


I have a socket setup where I can successfully send info fromthe UR5e to my connected PC.  I added in a few commands for the robot to ask the PC for data and then read it from the PC.  Problem is that the PC sends it but robot doesn't "get it" until after I stop and the restart the UR robot program.  I have the socket running in a thread and it is sending me the variables I expect so I know the socket is working.  I know the robot is receiving the data I send it using the socket_read_ascii_float command but it doesn't actually "see it" until I stop then restart the program.  Program is below.  Robot is R5e.

My PC is running a c-based program that sends TCP/IP commands to and from the UR.  I am unfamiliar with python so all the examples unfortunately do not help me.

Do you have any ideas what I might be doing wrong? 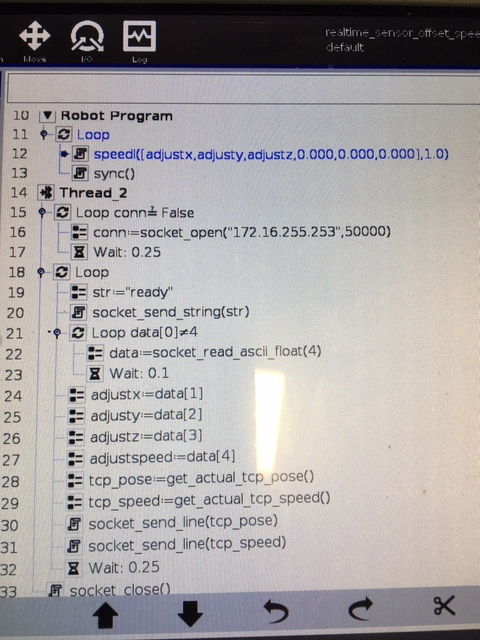