I am working with a customer that wants to pick up multiple cylinder objects on trays (UR10), with 56 objects on every tray (see picture). As it is important that the objects are picked up in the center of the cylinder, I want to use vision to find it. My guess is that it won't be enough to take one picture of the whole tray from above to find all objects, since the shape of the cylinder will change with an angle. 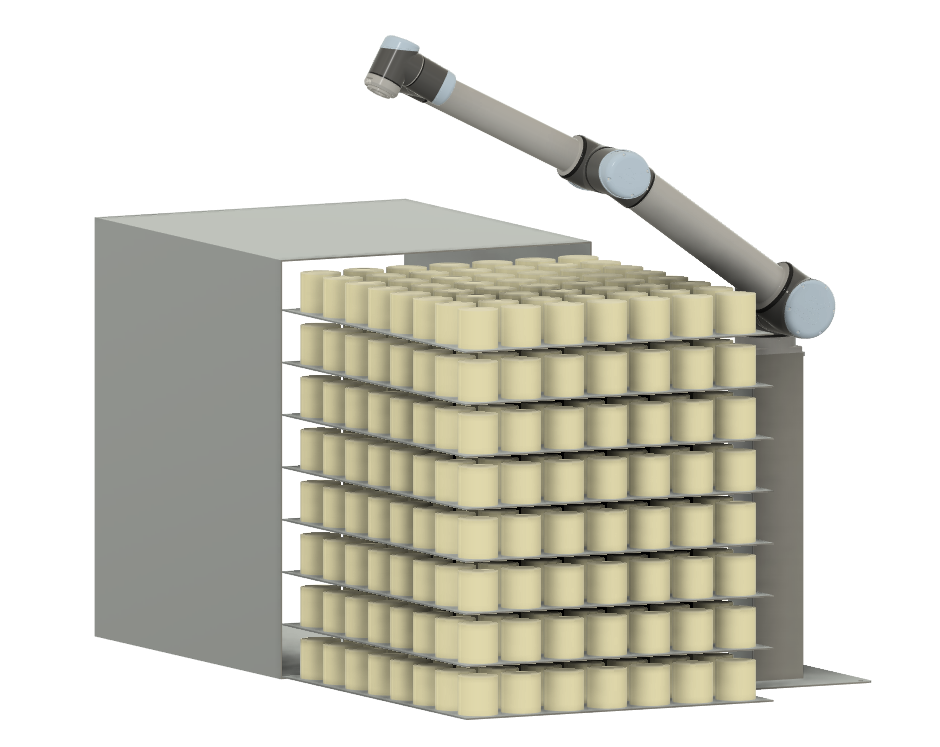 Instead my idea is to move above each object individually and take a picture to get a more accurate position. What would be the best way to program this? Would I have to have a Cam Locate for all 7x8x8=448 positions or is it possible to include the Cam Locate in a palletizing-loop?

The method of picking up the cylinders in not definite and this is a suggestion from the customer, but the goal is to avoid having to restock the cylinders more than once per hour.