For rotation symmetric object (like gear), there are several different orientation that can be detected by the camera.

It can cause annoying situation with the gripper approaching from a random direction to pick the object.

Here is a proposal to control picking approach of rotation symmetric objects. 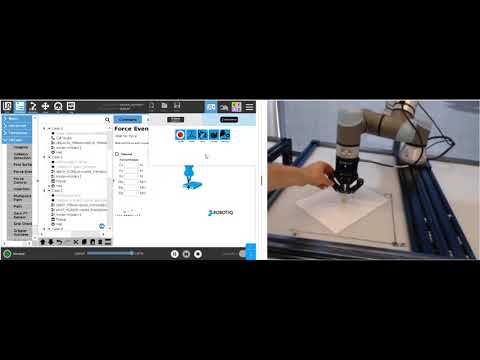 The referential of the working plan is used to calculate object orientation angle.

When detecting an object the camera set the object referential. It can be accessed through the variable “object_location”.

Defining the position of the center of the object helps to change the orientation of its referential.

The object referential used by the camera is the mass center of edges which in most of the case is not the center of the object.

4/Measure the orientation of the object center according to working plan referential. (mode 3)

The object center orientation is adjusted to pick from the desired orientation. 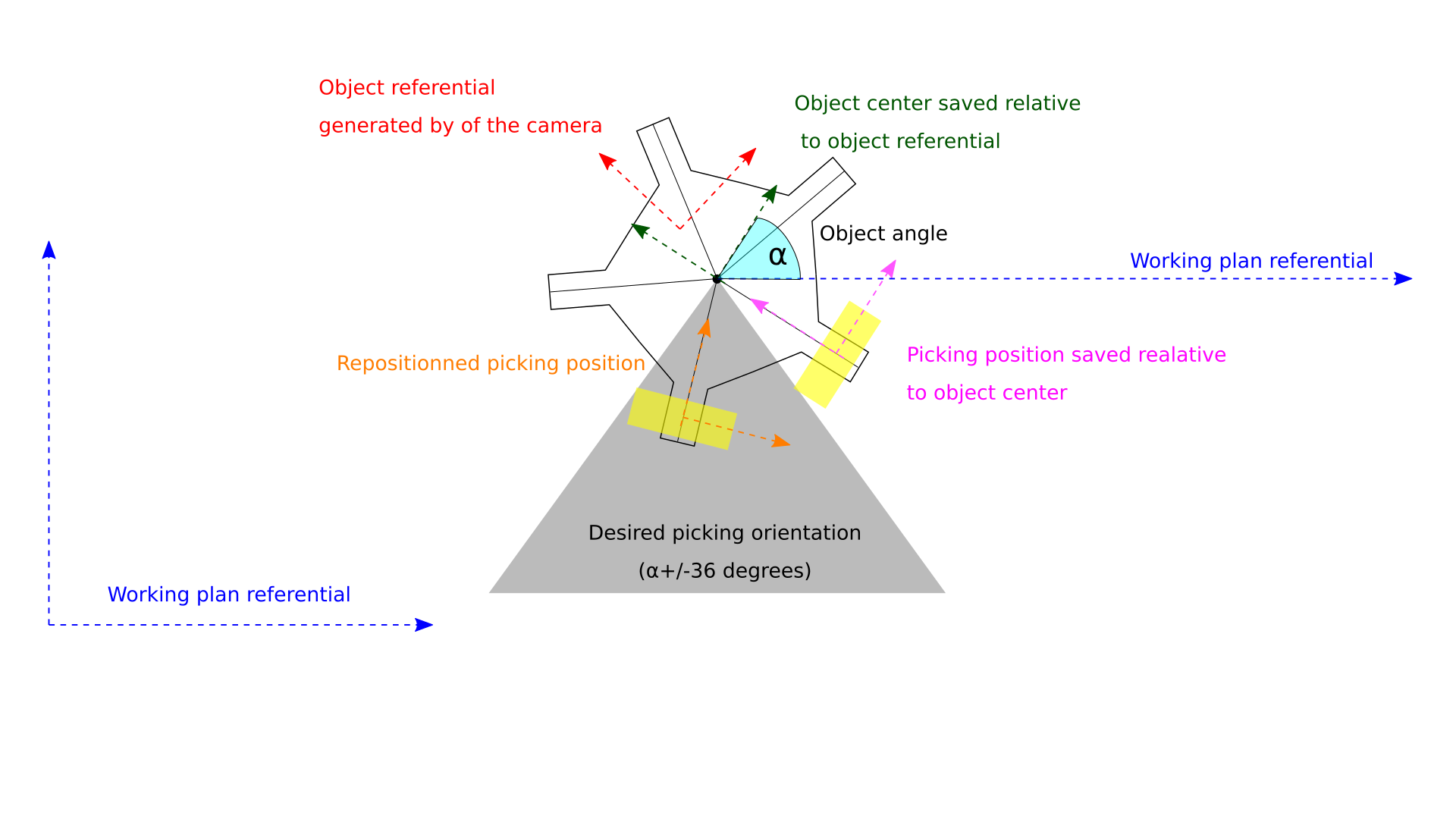 The program is build to run in several different mode. Each mode run one after the other. The program stop after executing a mode. This allow robot manipulation between each program execution.

An installation variable called “mode” is used to define the execution mode of the program.

A feature plan representing the working plan is define before the execution of the program.

Here below are program features:

Here below are installation variables:

Here below is the program: