sat_714 Posts: 5 Apprentice
September 2018 in Applications
I recently got a Robotiq 3-F gripper for our KUKA LBR iiwa with touch-electric media flange. The robotiq gripper contained two cables for the PWR and the COM. I was expecting that hooking these two cables and thereby turning the LBR iiwa (on top of KMR) would turn on the gripper. However, as can be seen via the photo attached. This has not been the case. Can you suggest a remedy. Ideally one that can allow me to check if the gripper is in working condition.


Secondly, as a remedy I thought that by uploading a sunrise project with configured IO's it might turn on. This also did not solve the problem.

Can you also point me to some documentation that allows setting the IO configurations from scratch of a robotiq 3F gripper on work visual. As I am using one that were generated for another similar setup.  (I copied IOConfiguration.wvs, IOTemplates folder and  generated files/IODescriptions). 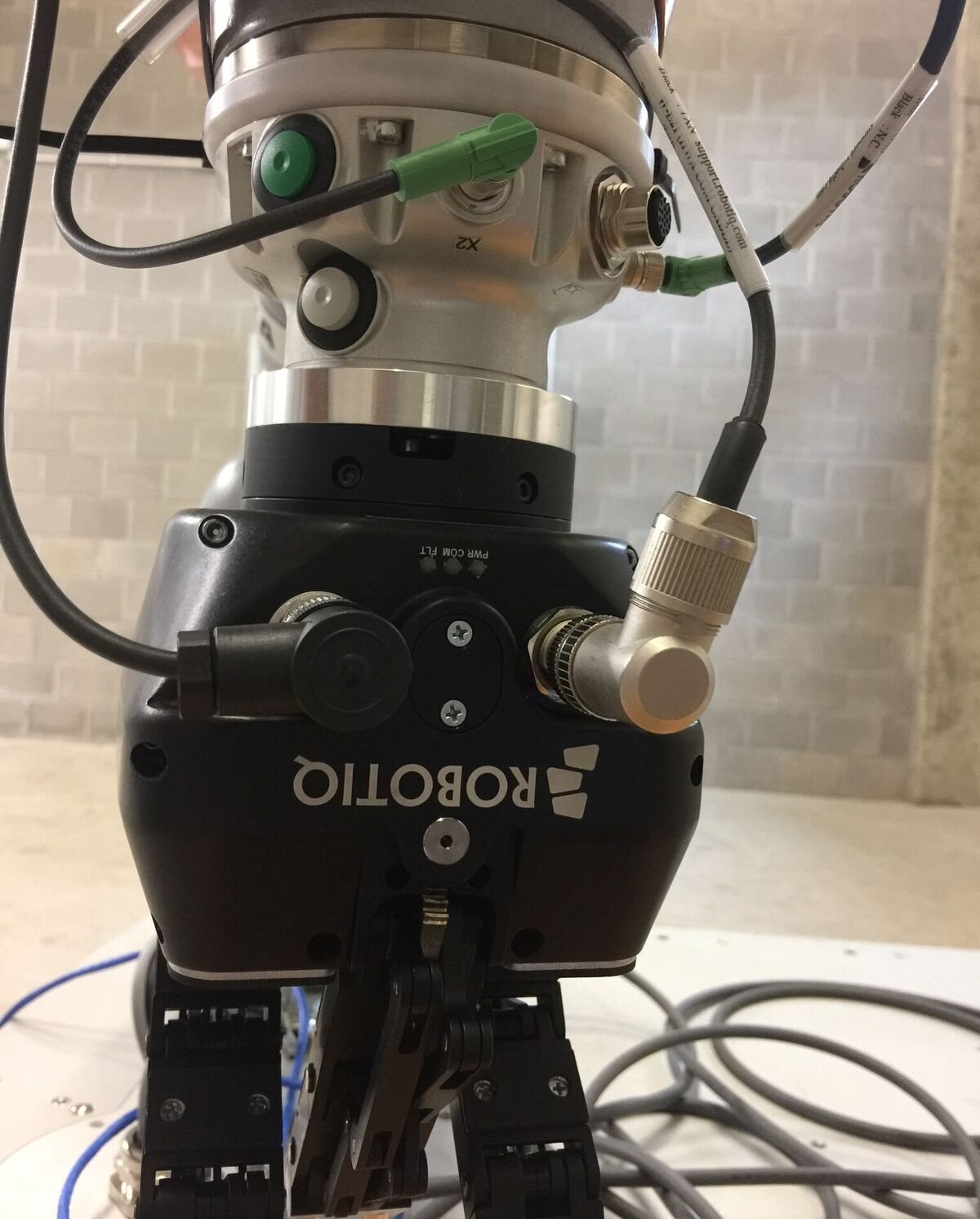