Catherine_Bernier Posts: 144 Handy
May 2016 edited May 2016 in Applications
Wanted to share this great case study showing how you can use a UR robot to run a CNC machine.

This was filmed at Whippany. They were first concerned about the security needed around robots, but they were convinced fast by the safety features of the UR robot. They are now planning to install more UR robots on their floor.

Check out this video. 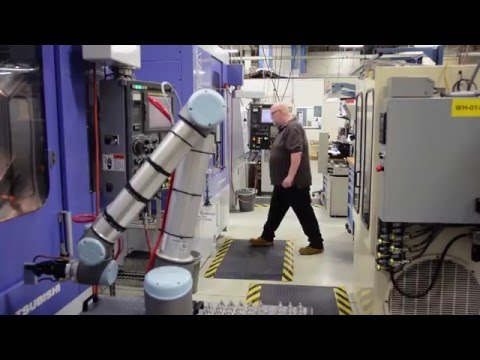 Thanks to the Whippany team and their distributor Axis Industrial Automation.