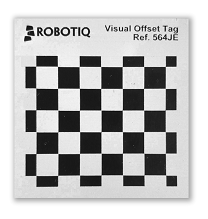 It may happen that after you set all relative position you want to change the position of the tag relatively to your waypoints. I would like to share with you a method to do that without having to reteach all relative waypoints.

Example:
You teach picking waypoint of a tray with the tag placed at the center and you finally decide to place the tag in a corner of the tray.

Let say that you programmed a Find Visual Offset node with reference position "Tag_1" and would like to change for reference "Tag_2" without having to reteach waypoints.

3/ Insert the following assignment before Find Visual Offset Node:
This calculate the coordinate of "Tag_2" in "Tag_1" frame. 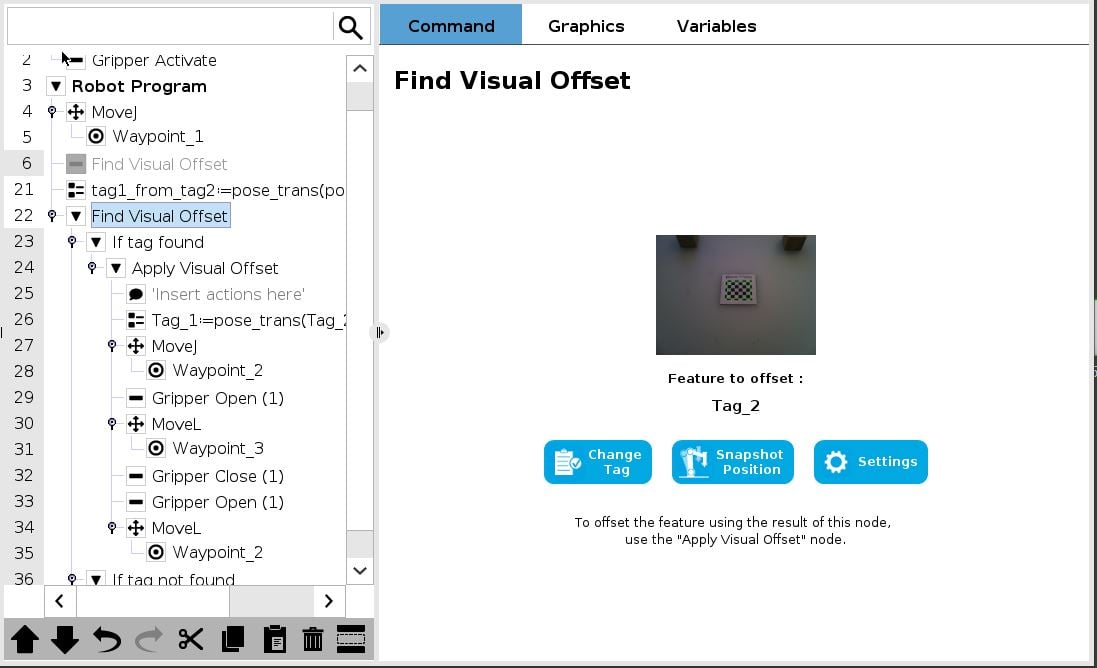 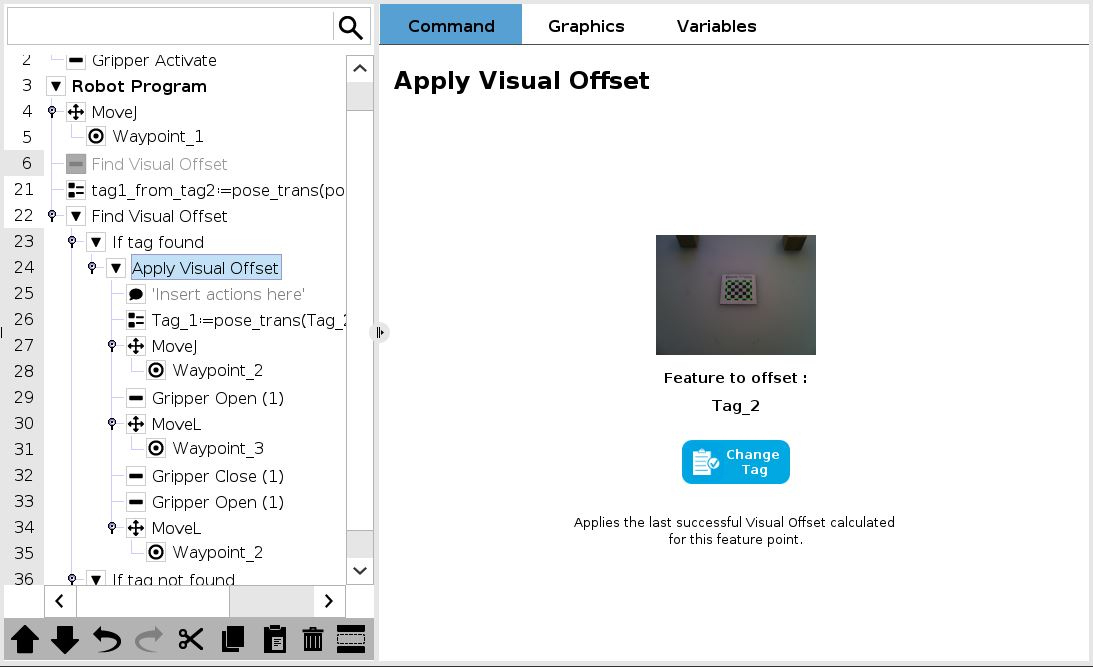 NOTE: Keep all relative move with "Tag_1" as relative feature.
Relative motion will now be done relative to "Tag_2" reference.

Here below is a global view of the program after those modifications: 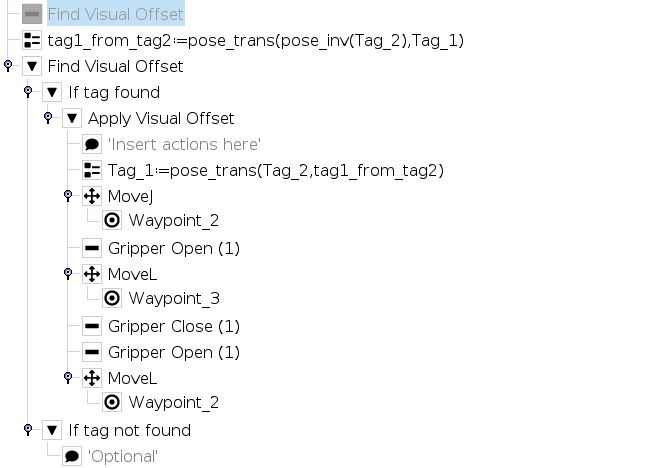